Dating Dreams Expose the “Wrong One”

Written by Pamela CumminsPosted on March 9, 2017September 16, 2019Leave a comment

Did you know that your dreams of the nighttime can help you with finding the right one by warning you about the wrong ones?  We all know that dating or as my niece calls it “they are talking” can be a hassle, disappointing, or a nightmare! Ta dah, dream interpretation to the rescue. That’s right, your dating dreams can give major clues and insights whether this person is worth pursuing, red flags in the relationship, or potential danger.

One client told me of a dream where a man she was dating denied he was drinking a beer, yet he smelled of beer and behaved like he was drunk. Her dream was warning her that he wasn’t honest and probably had addiction issues.

Another client had gone out with a man a few times, when she dreamt that he was surrounded by women and he was touching their breasts, butts, and private areas. I warned her that this dream was showing her an enormous red flag about this man and to keep her pants on. Several months later, she discovered his reputation as a player.

Not the Right One or Timing Dream

A male client was enamored with a woman and asked me to interpret his dream he had about her.

He saw her approaching, but they walked by each other as he felt the distance between them.

Now, this dream could have four interpretations. The first is one of them is moving away to a new location. Another meaning is they need to communicate more and work on the relationship. The third symbolism could be to keep on walking by because she’s not the right one.  However, he agreed with the fourth interpretation I gave him – his dream was symbolic for how at this time in their lives they were on different paths in life.

I had the following dream many, many moons ago when I was in my late twenties and is in the precognitive chapter of the book Learn the Secret Language of Dream.

I was in my grammar school gymnasium surrounded by lots of people.  There was a nice looking man with dark hair, a beard, and mustache.  I do not remember the words, but the feeling I got was that he wanted to control me. I felt like I needed to get away from him.

A few months go by, then I was at a party and the man who was in my dream introduced himself to me. I was shocked, talked to him, and foolishly gave him my phone number. He pursued me very hard and would stop by the places he knew I frequent. I went out on one date and got the same feeling I did in the dream. That date was an important lesson for me because I realized that the dream I had was indeed a premonition to warn me to not become involved with this man. I kept my distance and thankfully he took the hint. I found out later that although he was in his late twenties, he had been married three times! He obviously had issues with relationships and I had no intention of being wife number four.

Please note that is uncommon to dream of a stranger who looks exactly the way they do in your dream. Our dreams will use whatever is in our subconscious to carry out the message or warning. What this means is the person in the dream may not be your current potential mate. Instead, you dream of an ex, a bad boy/girl in a movie, or someone else’s undesirable mate; nevertheless the information is just as valid whether it’s pointing to red flags or  this person is not right for you.

If you need help with your dating dreams, please visit dream interpretation services. 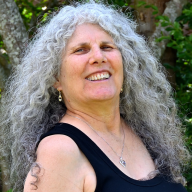 About the Author Pamela Cummins

Pamela Cummins specializes in dream interpretation and personal and spiritual growth. She is available for dream analysis and coaching. You can read and submit questions to her column In the Dreamtime in Bellesprit Magazine. Pamela is the author of Learn the Secret Language of Dreams, Psychic Wisdom on Love and Relationships, Insights for Singles: Steps to Find Everlasting Love, Personal Growth Affirmations, the FREE eBook Pamela's Love Collection, and the self-improvement oracle deck, Purrs for Humans.

This site uses Akismet to reduce spam. Learn how your comment data is processed.